Walt Whitman (31 May, 1819 – 26 March, 1892) was an American journalist and essayists – I believe he also wrote a poem or two. Mr. Whitman is, of course, one of the most influential poets in the American catalog. Books by Walt Whitman*  Mr. Whitman was born in Huntington, Long Island. In addition to being a published poet, Mr. Whitman held jobs of a government clerk, teacher,  and journalist. During the American Civil War Mr. Whitman worked part-time in the army paymaster’s office volunteered as a nurse. His essay “The Great Army of the Sick” which was published in 1863, talked about his experiences during that time. In 1855 Mr. Whitman published his notable poetry collection Leaves of Grass, using his own money. Leaves of Grass, a poetry collection, is a play on words in Mr. Whitman’s usual self-deprecating style. “Leaves” refers to sheets of paper, “grass” means things of little value. The intent of Leaves of Grass  is more or less “Sheets of crap”. In a delicious irony, Mr. Whitman, who left school at age 11, and he became a great American poet, couldn’t believe that an uneducated English common could have wrote the great plays which are attributed to one… 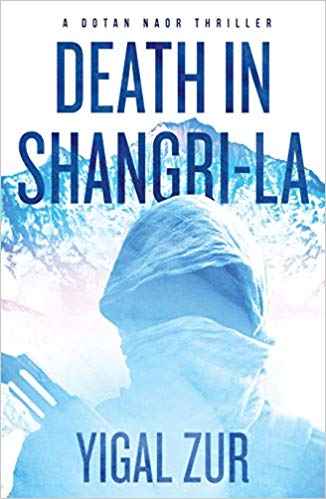 It took me about a quarter of the book to realize that I’m actually reading two different stories, in two different tones. The first, a noir style narrative, reminiscent of Cold War novels, where an operative, Dotan Naor, is a macho, somewhat sexist loaner being forced to work with a partner who is out of her element. The second, a narrative a-la a travel guide about India, its history, geography and culture.

William Trevor (24 May, 1928 – 20 November, 2016) was a playwright and novelist from Ireland. Books by William Trevor* Born in Mitchelstown, County Cork, as William Trevor Cox to a middle class family, Mr. Trevor graduated from Trinity College, Dublin with a history degree. He worked as a sculptor under the name Trevor Cox and to make extra money he worked as a teacher. In 1954 Mr. Trevor and his wife of two years, Jane Ryan, immigrated to England. In England Mr. Trevor worked as a copywriter and art teacher. Mr. Trevor won the Whitbread Prize three times, the Hawthornden Prize for Literature, and is a five time nominee for the Booker Prize. He won the prestigious Hawthornden Prize for his second novel, The Old Boys, published in 1964 During the 1970s, Mr. Trevor had great success in television and the theater. During 1973 alone he saw three of his plays performed in London theaters and three of his dramas were produced for television. Mr. Trevor was awarded an honorary Most Excellent Order of the British Empire in 1977 for “services to literature”, became a Knight Commander of the Most Excellent Order of the British Empire (KBE) in 2002. In…

Frederic Prokosch (17 May, 1906 – 2 June, 1989) was an American writer, known for his novels, poetry, excellent translations, and literary criticism. He is mostly known for his novels The Asiatics and The Seven Who Fled. Books by Frederic Prokosch* Mr. Prokosch was born in Madison, WI. His family of intellectuals (his father, an Austrian immigrant, was a professor at Yale University) traveled a lot. He was an excellent squash player, and represented the Yale Club (where he got his Ph.D from Yale University) in the New York State championship. During World War II, Mr. Prokosch was a cultural attaché in Sweden. After the war Mr. Prokosch settled in Rome as a lecturer in the University of Rome. Considered as a master of the craft, Mr. Prokosch’s had a following of notable figures including Thomas Mann, Sinclair Lewis, Albert Camus, Thornton Wilder, T.S. Eliot, Thornton Wilder, and Dylan Thomas. Among Mr. Prokosch’s literary accomplishments is the fact that he was an accomplished forger. He created a set of pamphlets he tried to pass off as originals. Eventually Mr. Prokosch confessed to his forgery “prank”, which was written about by Nicolas Barker in The Butterfly Books: An Enquiry into the Nature of Certain Twentieth Century Pamphlets….

About: Metropolis by Philip Kerr is a novel featuring German detective Bernie Gunther, this time between World War I and II. This is the fourteenth book in the series, sadly published after Mr. Kerr’s death. 384 pages Publisher: G.P. Putnam’s Sons Language: English ISBN-10: 0735218897   My rating for Metropolis – 5 Buy Metropolis from Amazon.com* More book by Philip Kerr Thoughts: I have enjoyed the Bernie Gunther books previously, and was surprised to see this unfamiliar one pop up in my browser. I quickly found out that Metropolis by Philip Kerr was published after the author’s untimely death last year. This book is chilling, not because of the murders which occur, but because of the first hand eye witness to the rise of Nazism and Hitler. The excuses people make, to themselves and others, to support such regime while spitting on actual war heroes (for example) in order to make themselves feel better about their support. Bernie Gunther, the protagonist, doesn’t actually care, as usual. He is not a political animal, but a policeman stuck in a gray zone in which no one in particular gets his alignance. But at least he hates Nazis (and Communists). After World War I,…