For a long time I have been collecting Superman “stuff”. At first it was little things, but later on became high-end collectibles (statues, movie props, cells, original comic art, etc). That was, of course BK (Before Kids), but now they at least have a well decorated play room in the basement. As well all know, the new Superman movie, aptly named Man of Steel is due to hit theaters June 14 so the local library promptly agreed to display a small part of my collection. Here is the display in all its glory. Yes, that is Christopher Reeve’s cape 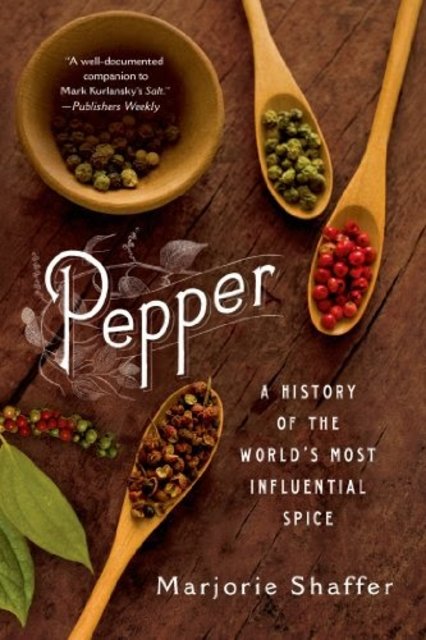 Pepper: A History of the World’s Most Influential Spice by Marjorie Shaffer is a non-fiction book tracing history through the trade of black pepper