Today is the birthday of one of the greatest authors in history: Miguel de Cervantes Saavedra (29 September 1547 – 23 April 1616. As you can tell, I am a fan. Not only because of the Quixotic pun of this blog’s name, but also because I think that Don Quixote is still one the most relevant stories in the world. 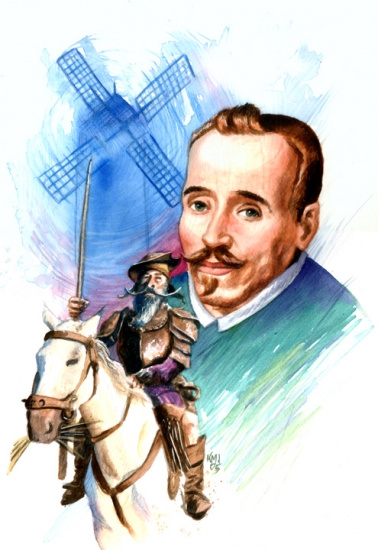 6 ) His most famous book, “Don Quixote” (book review) was published in 1604. The original title is The Ingenious Gentleman Don Quixote of La Mancha (“El ingenioso hidalgo don Quijote de la Mancha”). Even though the book was a huge success, it didn’t generate any money for the author.”Don Quixote” was also the first post on this blog.