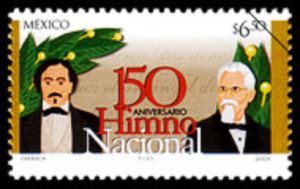 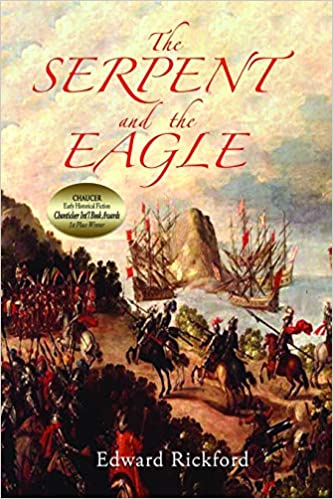 The Serpent and the Eagle by Edward Rickford is the first book in the Tenochtitlan Trilogy, taking place during Hernán Cortés’ 1519 military campaign in the New World. Mr. Rickford is an award winning writer, this book won the 2018 Chaucer Book Awards.

If all you know of Jewish history is the Bible or your World War II classes in school, this book attempts to fill in some of the gaps.

Federico García Lorca (5 June, 1898 – 19 August, 1936) was a Spanish playwright, director, and poet. Mr. Lorca was internationally known as a member of the group of poets known as  Generation of ’27.

James Russell Lowell (22 February, 1819 – 12 August, 1891) was an American editor, critic, poet, and diplomat. Books by James Russell Lowell* Born in Cambridge MA, he was an 8th generation Lowell, ancestors to settlers who came to America in 1639. In 1838 Mr. Lowell graduated from Harvard College. Despite being known as a troublemaker, he managed to earn a law degree from Harvard Law School. In 1841 Mr. Lowell published his first collection of poetry. Together with his wife, Maria White (married in 1844), the couple had several children; sadly only one made it to adulthood. The Lowells took on the abolitionist cause with great enthusiasm. Mr. Lowell wrote anti-slavery poems and even moved to Philadelphia, PA to work as an editor for an abolitionist newspaper. Lowell taught at Harvard for 20 years as a professor of languages. In 1874 Mr. Lowell resigned from his Harvard professorship and became an ambassador to Spain (officially “Minister to the court of Spain). Even though he spoke the language and a trained lawyer, Mr. Lowell did not socialize well in Spain and used to send funny letters to his political bosses. Those dispatches were posthumously published as Impressions of Spain (1899)….

I absolutely loved the previous three books in the Cemetery of Forgotten Books series: The Shadow of the Wind, The Angel’s Game, and The Prisoner of Heaven. Of course I had to read The Labyrinth of the Spirits by Carlos Ruiz Zafón and hoped to find a satisfying end to one of the finest series of books I’ve ever read.

Pío Baroja (28 December, 1872 – 30 October, 1956) was a Spanish writer, biographer and physician. Portrait by Joaquin Sorolla (1914) Books by Pio Baroja* Born as Pío Baroja y Nessi in San Sebastián , his father was Serafin Baroja, a noted writer at the time. Baroja started writing seriously at the age of 13. Even though he was a licensed physician, he only practiced for a short time in Cestona. His time as a student, however, was not wasted as it was material for his novel The Tree of Knowledge (El árbol de la ciencia – 1911). Other jobs the writer had were managing bakery of his aunt Juana Nessi ,and running for the Spanish parliament as a radical Republican. In 1899 the author met the Oscar Wilde and Jacques Élisée Reclus. In 1903 Mr. Baroja visited Tangier as a war correspondent for the newspaper El Globo. Ernest Hemingway was a fan of Mr. Baroja. When they met in October 1956 Mr. Hemingway said: “Allow me to pay this small tribute to you who taught so much to those of us who wanted to be writers when we were young. I deplore the fact that you have not yet…

The narrative merges fact and fiction, to tell two stories that even though are worlds apart, are still connected through a common language, ideology, politics, and art.

About: Call Me Zebra by Azareen Van der Vliet Oloomi is a novel from this award winning author. This is the author’s second novel. 304 pages Publisher: Houghton Mifflin Harcourt Language: English ISBN-10: 0544944607 My rating for Call Me Zebra – 4 Buy Call Me Zebra from Amazon.com* More Books by Azareen Van der Vliet Oloomi Thoughts: I have no idea why I chose to read this novel, I don’t like stream of consciousness narrative mode, and I have very little interest in the troubled minds of 22 year old women. That being said, I found Call Me Zebra by Azareen Van der Vliet Oloomi difficult to put down. Almost like watching a train wreck happening and you can’t look away. This is a sharp, yet bizarre and demented story. The protagonist is so self-absorbed in her own journey, literature and ancestors that it’s almost laughable. She expects that any moment the rest of the world would embrace her vision of reality and the “truth”. I did enjoy the homages to some of my favorite writers, and some which I appreciate but will probably never read. The dead writers are very real to Zebra, real as any other person who spews wisdom and advice at you….