About:
Return to the Reich: A Holocaust Refugee’s Secret Mission to Defeat the Nazis by Eric Lichtblau tells the true story of Fred Mayer, a Jew born in Germany and returns as an American agent behind enemy lines. Mr. Lichtblau is a Pulitzer Prize winning author. 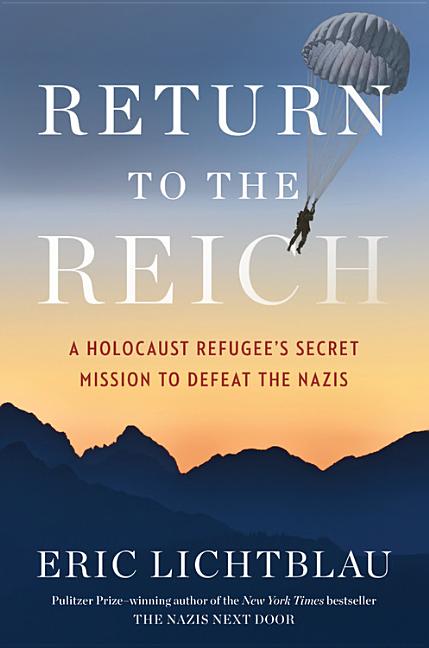 Thoughts:
This book is a compilation of excellent research and first hand interviews, which met the author a few month before his death.  The outcome is the fascinating Return to the Reich: A Holocaust Refugee’s Secret Mission to Defeat the Nazis by Eric Lichtblau tells the true story of Fred Mayer, a book which brings history to life.

This was a very exciting book, following Mr. Mayer from his childhood in Germany, to his training in the Office of Strategic Services (OSS), an onto his missions behind enemy lines. The writing is simple, but exciting, it’s a difficult book to put down.

The first part of the book talks about the lives before World War II. Jewish refugees fleeing to America. The next part tells of the difficult training and how Mr. Mayer and his friend found their way to the OSS and how they handled difficulties. These two parts made the personalities real, which made me feel as if I had a stake in their success and survival.

Mr. Mayer must have had balls of steel, he seem to have never inherited the protective gene of fear. Whether it is to fly a B24 without training, or jump out of it over the Austrian Alps – for the first time. It is difficult to believe that all these adventures actually happened, and to one person at that.

This is a story worth telling, a fascinating tale which is difficult to believe. Even though this is a short book, it is a good story and a real page turner.

Buy Return to the Reich from Amazon.com*
More Books by Eric Lichtblau *