About:
Lux by Elizabeth Cook is part a retelling of Books 1 and 2 Samuel in the Hebrew Bible, the story of King David, and how it applied to King Henry VIII, as well as the poet Thomas Wyatt. Ms. Cook is the editor of the Oxford Authors John Keats, and a seasoned writer. 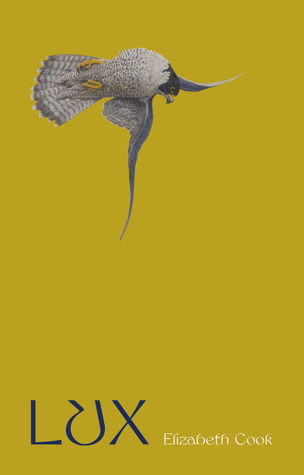 My rating for Lux – 4
Buy Lux from Amazon.com*
More Books by Elizabeth Cook*

Thoughts:
Biblical fiction, when done well, is one of my favorite genres, and the story of King David is an amazing story with twists and turns that can be told many times in thousands of different ways. Two thirds of Lux by Elizabeth Cook is a rich retelling of the King David’s story.

Much like the beloved book Kings III (Melachim Gimmel) by Yochi Brandes, Ms. Cook has a great narrative through biblical women, most of them do not get a voice or to tell the story through their eyes. The author takes her time to demonstrate the power of repentance that occurs in King David after he commits adultery with Bathsheba. The part were David expresses remorse over his transgressions, seeking forgiveness from YHWA is well written and gets the point across.

The last third of the book started off in a very interesting manner, King Henry VIII is looking at King David as an inspirational figure before he breaks away from the Catholic Church to marry Anne Boleyn.  Unfortunately this part didn’t go anywhere and quickly moved to tell of poet Thomas Wyatt’s trials in prison for one reason or another.

And then, the novel just… ends.
I felt that the payoff wasn’t there, the last third had great potential and I was excited to see where it was leading me. Unfortunately it was no-where.

About:
King David sees Bathsheba from  his window and desires her. The married Bathsheba cannot deny the King his wishes and soon finds out she is impregnated by him.

Centuries later, King Henry VIII sees the story of King David as an inspiration, a King who sees what he wants and takes it. King Henry is in a juncture where he wants to marry Anne Boleyn, but, like King David, defending his faith and getting his way.

Poet Thomas Wyatt, sees King David in a different light as he translates his psalms.  Wyatt sees David as a man who repents his fidelity, faith, and abuse of power.