About:
Life for Sale by Yukio Mishima (translated by Stephen Dodd) is a novel about a Japanese man who decided to sell his life, allowing someone to with his life what they will. Yukio Mishima is a well-known Japanese author, who passed away in 1970. 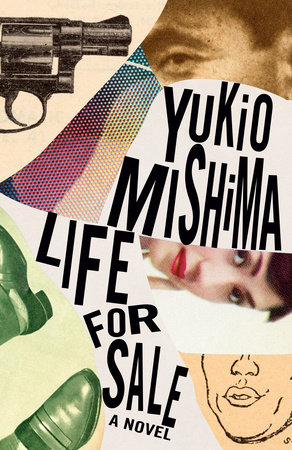 Thoughts:
This is a fun, campy, cheesy, yet entertaining book which follows an unreliable narrator in his quest to sell his life. The protagonist of Life for Sale by Yukio Mishima, Hanio Yamada, is unhappy with his successful, but boring and mediocre life and decides to die by selling his life.

Once Hanio stopped caring, his life gets immensely better. He meets beautiful woman, almost gets married, almost gets a family, have money thrown at him, and is admired by criminals for his nerves of steel.

This short novel has a preoccupation with death, and how to honorably achieve this goal. The fascination with suicide and its morality is a theme in this book which cannot go unnoticed. The author does not tiptoe around the subject, but has Hanio straight out discuss the issue.

The protagonist, once thinking that his life has no meaning, realizes that many people want to buy it. His preoccupation with death, honor, being a warrior in his own mind, and of course – the sword – is an attitude which is both foreign yet familiar.

What Hanio didn’t bargain for is that the stream of visitors to his apartment, want him to do something dangerous in order to die. It’s not a bunch of psychopaths who want to kill someone, but people with an agenda who would like someone else to take on the risk.
Hanio, of course, doesn’t mind.

This book, which begins with the meaningless of a life lived in boredom, ends up with a reflection on the absurdity of it. Hanio is no hero, he consistently mocks himself and those around him, who are absurd pulp fiction / magna characters as much as he is.

Throughout the book one gets the impression that Hanio is an unreliable narrator. We never know if he’s making it all up, telling the truth, half-truth, or is simply insane. The ending leaves it all up in the air, Hanio, in a state of paranoia, lets the readers make up their own mind.

Synopsis:
Hanio Yamada sees no future for himself, so he puts an ad in the paper offering his life for sale. In his quest to be killed Hanio meets many shadowy characters, gets involved with underground organizations, a vampire woman, but somehow manages to make a lot of money while at it.