About:
Justice in the West Bank?: The Israeli-Palestinian Conflict Goes to Court by Yonah Jeremy Bob is a non-fiction book following legal personalities of the West Bank courts through interactions and high profile cases. Mr. Bob is the Jerusalem Post’s Intelligence, Terrorism & Legal Analyst as well as its Literary Editor and has written much about the Israel Defense Forces (IDF) West Bank Courts. 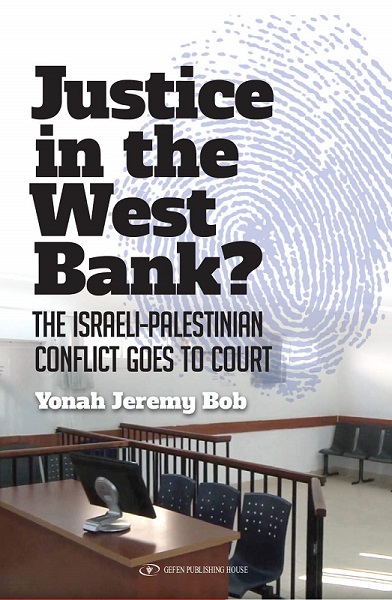 Thoughts:
At first I did not know what to make of Justice in the West Bank?: The Israeli-Palestinian Conflict Goes to Court by Yonah Jeremy Bob, but it immediately struck me as a fair balanced, insightful book and not a “hit piece”, which I refuse to read no matter which side puts it out. The book gives a great insight into the West Bank’s justice system and those who work within it.

I really enjoyed that the author concentrated on several personalities in the system, and their interaction on high-profile cases, some which changed the way the courts worked. It is an eye opening, balanced account in which Israeli and Palestinian lawyers, as well as IDF judges sometime find themselves at odds with the security apparatus. This issue, of withholding classified information from defense lawyers, not being able to verify evidence against the accused and other such frustrating acts (to both sides, and to the judges) gets a balanced look as well.

The author vividly shows the dilemmas in which the books protagonists face, and there are many of them. Defense lawyers have difficult decisions to make, such as representing a 16 year old man accused of murdering 5 Jewish family members and dilemmas in treating children who commit atrocities. In fact, the issue of juvenile military court garners much attention from the author, and rightly so.

Mr. Bob calls the courts a “gray zone”, where people with very different beliefs work with each other and usually clash.  If you are interested in the conflict, and want to understand it from the legal side, this book is a gem and an important story to tell.